How Long Oh Lord, How Long? 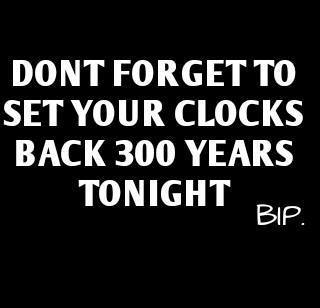 Juror B37's interview on CNN brought forth memories that lie deep down embedded in me.  They were memories of an era when Blacks freedom of movement was obstructed and certain areas and public places in the United States were off limits to them.  Not only that, it could mean a life or death situation.

Before I begin, here's a link to someone's honest opinion on went wrong.  After you read it, I'm asking you to bear with me because I have a lot to say.  Some of it I've said before in the past, but feel that it applies today as well.

Her comments also reminded me of something that Richard Wright once wrote in his book Uncle Tom's Children. The first sentence he wrote in his book was, “My first lesson in how to live as a Negro came when I was quite small.” That first sentence in the book struck me as sort of odd. I was like why would a black man make a statement like that? However, when I thought about it, it made a lot of sense.

Then it dawned on me. He had to learn how to survive in order to live in a world where black men were endangered species trapped in second-class citizenship because of the racist attitudes of most that did not want to see him get ahead in life or recognize him as a man or a human being. In order to survive he had to shift between two different personas and play by those in power set of rules or it could cost him his life.

Wright’s story mirrored that of many black men living in the South and a few other states during that era. Most of the rules were aimed at stripping black men of their manhood and filled with constant humiliation. A black man had to play one role for those in power and another role which was his true self for his friends and family.

Wright sacrificed who he was as an individual—a man and human being in order to feed his family and provide a roof over their head. Staying alive played a definite major part in his decision. His life and being able to live it to a ripe old age was of the utmost importance to him, but the main deciding factor in why he chose to play the game by their set of rules—he was powerless to do otherwise.

Richard Wright’s story took place during an era when there was no such thing as Civil Rights for minorities. Blacks had no rights! Black men in the past were lynched at the drop of a hat for trivial so-called offenses and many of those so-called offenses were "created falsehoods" because of their thirst for black men’s blood. Their lust and racism demon watched strange fruit hanging from a tree for sadistic entertainment purposes.

Here it is 2013 and the death of Travyon mirrors those same created falsehoods and entertainment for some with the evil of hatred in their heart. His dead body was desecrated with photo-shopped pictures of him hanging in a noose and his lifeless body lying next to gorillas in a safari hunt. To people with that mindset and juror B37, he was just another "subhuman darkie" dead instead of another human being or a child who had every right to live and a right to freedom of movement.

B37 said it in her own words when she said, "I believed Trayvon played a huge role in his death."  The problem with her statement is that she could not bring herself to visualize Trayvon as an unarmed child minding his own business.  She did not see him as human. In fact, she saw him as some white Americans saw him...a dangerous black male. Never mind that he wasn't a dangerous thug and that he was just an innocent kid trying to get back home.  Nor could she see the humanity in Rachel. She saw Rachel as that "other". Yet, she saw the humanity in Zimmerman who has a violent past. So did those who celebrated and passed whiskey around at public lynchings of black males, they only saw a color coded humanity...whites only.

Let me make one thing clear.  The history of the stereotype "dangerous male" did not only apply to Black males.  In fact, throughout history that label has been applied to American Indians, Asian males, Hispanic/Latinos, Arabs, Iranians, and practically every male of color. While whites are portrayed as knights in shining armor...heroes...the good guy.   It's a pattern used to marginalize and control other human beings. My mission has always been to destroy stereotypes.  I recognize the danger in them, the destructiveness, divisiveness, and seeds of hate in stereotypes.

To those who want to bring up black on black crime, let's not forget or try to erase the fact that whites also have white on white crime.   Every race that has ever walked the earth has committed crimes within their own race. That still does not justify murder.  Murder is murder plain and simple. It started when Cain killed Abel and brothers been killing each other every since.  There are no if, but's, or maybe's in taking  the life of another human being. Just as there is no justification in Zimmerman taking Trayvon's life.  There is good and bad seeds in all races and that's the God's heaven truth!

So yes, let's have a real discussion about race and racism.  I mean a real hope-to-die, get it all out in the open discussion.  It's times to drain the poison off, so that this nation can heal.  The whole world is watching.  I don't know about you people, but I don't plan to set my clock back, I plan to set it forward.
Posted by GrannyStandingforTruth at 9:32 PM

I still love you Granny.

In Atlanta we get a murder trial each and every week but for some strange reason no one ever cares to hear from a juror after the fact.

When Zimmerman got out of his truck, he knew one thing with certainty: The penalty for a white man committing a crime against a Black teen is considerably less than the penalty for a white pan committing a crime against a white teen. If you want to shoot someone and get away with it, it's best to be a white man (or police officer of any skin color) and it's statistically less risky to choose a Black victim.

Speaking of bigotry, please sign this petition against Lawrence Summers' candidacy for chairman of the US Government's Federal Reserve.

When Zimmerman was president of Harvard University, he said in public that women don't reach full professor because they are not, on average, as smart as men.

If that sounds incredible, read the petition and the quotes.

If you believe women are as smart as men, please sign this petition to "Just Say No! to Lawrence Summers"

Here in the future, we're seeing what a despicable little turd this guy is.
And in retrospect, after getting as much info as possible about what happened on that rainy night, WTF was Trayvon supposed to do? Who would have done anything much different than what he did?